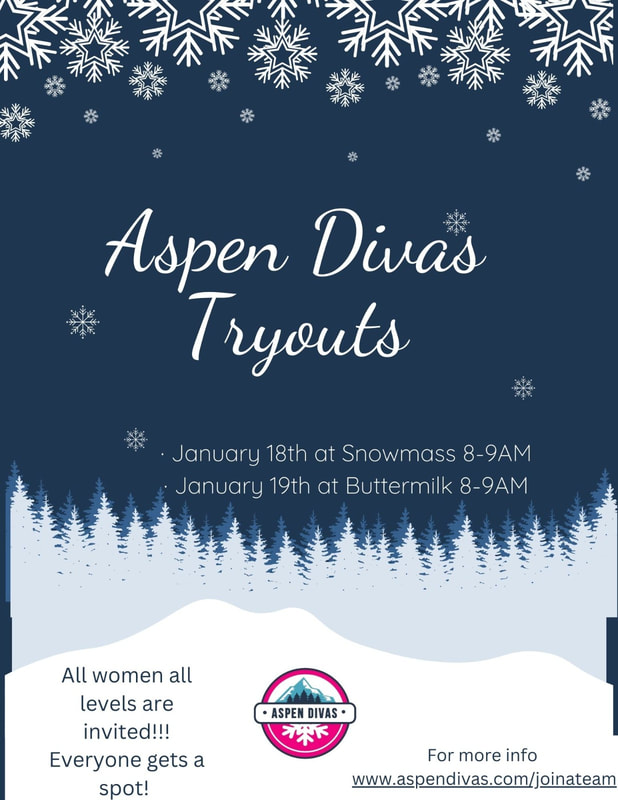 Want to know more about being on a Diva team?

• Feedback on individual performance by experienced coaches.
• Coaching on synchro technique.
• Possibility to train with the team from 8am to 9am twice a week plus a few full days throughout the season.
• Use of a pair of skis for training for the season, plus the competition days.
• Use of Divas uniform for full day trainings plus competition days.
• Be part of a team of strong female skiers that has been established more than 20 years ago.
• Have the support of the Board for team related matters.
• Participation at the Aspen World Synchro Championship, where teams for all over US and other countries compete.
• Be part of the AWSC champion team for the last two competitions!

• Commit to trainings twice a week from 8-9 and a few full days throughout the season.
• Commit to participating at the competition in April 6-8.
• Take care of the Divas skis and use them only for trainings and competition days.
• Take care of the Divas uniform and use it only for trainings and competition days.
​• Fundraise as a team to pay for entry into the Aspen World Synchro Championships.
​• Sign a team agreement.
• Promote the Limelight Inside Tracks program one morning or evening (Our skis and uniforms sponsor!)
​• Show a positive and collaborative attitude towards the rest of the team.
• Collaborate at the Awards party of the Aspen World Synchro Championship.