It has been said that Powder 8 skiing began soon after the second pair of skis were made. Whether or not this is true, the fact remains, powder 8 turns have been an integral part of powder skiing as far back as anyone can remember.

And they still are, since the birth of helicopter skiing, skiers at Mike Wiegele Helicopter Skiing (MWHS) have been making powder 8 turns and participating in informal skiing competitions as part of the fun of powder skiing.

In 1980 the first formal competition was held in Blue River, BC, Canada at MWHS. Aspen Patrol skiers, Flint Smith and Eric Peltonen successfully held the title for two years before losing to ex-World Cup racers Rosi Mittermaier and her husband Christian Neureuther. The following year the top prize went to the Japanese, Canadian combination of Saku Kakisaka and Wayne Wong. Saku won the title four years straight. Three times with Wayne Wong as his partner and once with Ken Koroda. Powder 8 skiers at this time focused on short snappy turns, with continuous runs of more than 100 turns at times.

In 1988, Austrian skiers Josef Mallaun and Franz Juan advanced into a new area within the Powder 8 competition. Their smooth, powerful skiing and medium sized turn shape, lead the way over a very strong field on a very tough slope. The next year fellow Austrians Peter Larcher and Georg Höllrigl took the title holding it for three years in total, relinquishing it only once to Josef and his new partner Thomas Schädle in 1990.

Throughout the eighties Powder 8 teams skied separately from other competitors. This made it difficult to compare one team with another. In 1990 the head to head format was introduced to allow a side by side comparison and to increase the competitive intensity of the event. In 1991 the Women's division was recognized with sisters Bararba and Suzanne Spielmann taking top place. The following year the Masters' Division was added with Uncle Roy Cleghorn and Uncle Gearge Redmond taking first place. This was the start of Roy Cleghorn's seven year run as champion with an assortment of partners.

The next major change in Powder 8 skiing happened when the Wohlgemuth brothers of Whistler, Canada used the, at that time, new Atomic Fatboys to take over first place in 1994. From this point forward no team could be competitive with out the extra floatation afforded by these new skis.

During the mid 1990's the competition shifted to a wide open style of skiing typified by large turns made at maximum speed. The result is an intense competition where every run is a 'go for broke' race to the finish.

1997 saw the beginning of the Fuchsberger era as Franz Fuchsberger and partner Hayden Scott won after two years of defeat. Franz has won four times in the Men's Division and then moved into the Master's Division where he and new partner Pepi Neubauer have won twice.

Powder 8 skiing has progressed leaps and bounds over the last twenty-five years and the continued enthusiasm of return skiers and new participants who love to track up the fresh powder snow will keep the Powder 8 Championships growing in the years to come. 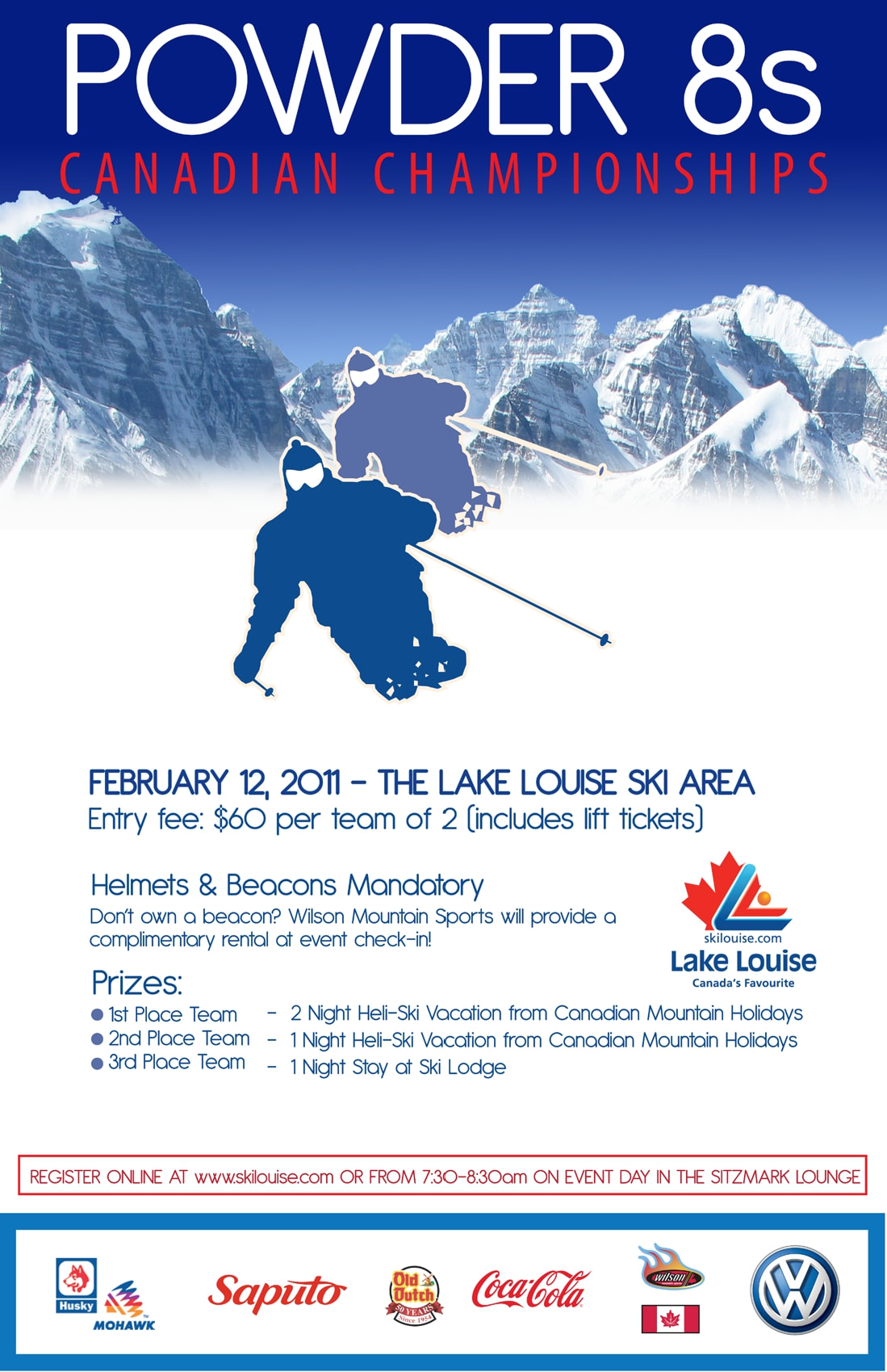